Fleischer and Iwerks and Jones, Oh My!: February ’14 in Film 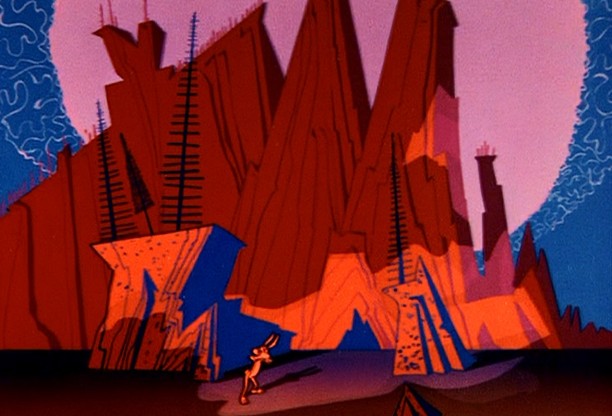 How are we already two months into 2014?! On top of that, it’s officially confirmed that I’ll be graduating from college in May. Time is flying by way too fast – but luckily, I have lots of films to console me during this tragic progression into adulthood.

And what better way to repress the annoying pangs of growing up than by watching endless amounts of cartoons every week! Well truthfully, it’s due to my History of Animation class, which begins from the earliest origins of American cartoons and moves forward. I watched a bit of these in the final week of January (the first week of the course), but this month more than half of my viewings consist of animated shorts. Therefore, not only did I watch a bit more than last month (2.8 per day on average), but my goal of 1,000 viewings by the end of the year seems a bit more plausible. A lot of these cartoons were watched previously by me – either as a child or as an older person – so looking at them within the context of this class is refreshing and enlightening.

Besides these short cartoons, I also watched some more documentaries, some foreign arthouse flicks, a few flicks I’ve been holding off for years, a couple obscure gems, and my very first 2014 release (which was… AWESOME). I also started and finished Cowboy Bebop, which can now probably be in the books for one of my all-time favorite TV series, animated or otherwise. But let’s move on.

Here’s an overview of what I watched, organized by decade:

The relative spike in 1930s films has to do with the aforementioned focus on classic animation.

Animation recommendations:
I’m a really huge animation geek, but even still there are short animated films and animators that I’ve yet to really “discover”. For instance, while I’ve known of Flip the Frog for years, I somehow never really got around to any Flip shorts. Nonetheless, after The Office Boy, I think I’ll certainly be digging up more of his stuff. He’s quite a fun character, and why he remains one of the lesser stars of animation (behind Felix the Cat and Mickey Mouse) is just dumbfounding to me. I’d also recommend just about anything and everything from Fleischer animation of the 30s (even though Popeye cartoons are generally pretty boring). A couple of my absolute favorites is the surreal and wacky Bimbo’s Initiation and the equally as absurd Ko-Ko’s Earth Control. Although I didn’t watch it this week, I’d also recommend the Betty Boop cartoon Snow White, which has an incredible cameo by Cab Calloway. Finally… well, y’all should probably go ahead and watch everything from Chuck Jones because wow was he incredible. But if you somehow have never seen them, you should watch Rabbit Seasoning, Duck Amuck, and What’s Opera, Doc? which are all HUGE leaps forward for animation.

So now, here’s the full list of what I watched in February (asterisks indicate rewatches):

My least favorite film I watched in February:

Dear lord. Was this even a movie? This probably wasn’t even a real movie. I think I dreamt it. As somehow who finds even the worst films at least a little rewarding, I can’t even remember a certain moment watching this film where I thought “y’know, this isn’t that bad”. No, this really IS that bad. The creators of this film lack any and every notion of the word “subtlety”. The story is completely and utterly aimless, pointless, and boring. There are some films that offers tremendous amounts of merit, some not so much, some not at all. This is a film that I think sucked some of the life out of me. I think I’ve made my point pretty clear – this is a bad movie. (add your own John Cleese voice).

My favorite film I watched in February: 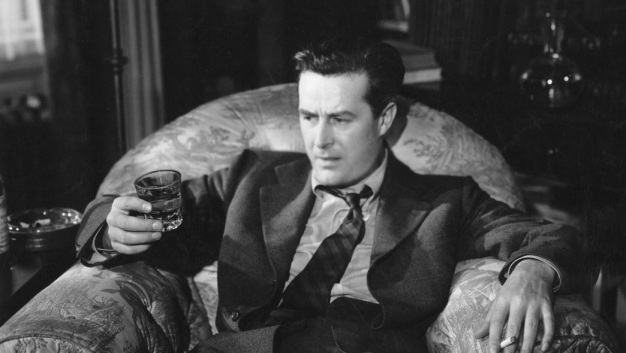 This film ranks among Days of Wine and Roses and Leaving Las Vegas as one of the roughest, realest, rawest films about alcoholism out there. Ray Milland really gave it his all at depicting such a lost soul on screen so realistically and tragically. I’ve said before that I feel really ashamed calling myself a Billy Wilder fangirl without even having seen this film – and that sentiment still stands. It’s definitely up there with The Apartment and Sunset Blvd. as one of his better films, with an Oscar for Best Picture to match. I say it’s completely, fully well-deserved.

2 Responses to Fleischer and Iwerks and Jones, Oh My!: February ’14 in Film