NOTE: This review will count as both an entry in my November Disney Extravaganza as well as October Horror Party, since this viewing was technically done late on Halloween night.

There are many films with which I could give justifiable, tangible reasons as to why I find them great, whether it be through technical aspects (writing, acting, direction, etc.), intellectual connection, or simple emotional appeal. However, there is a very tiny percentage of the films I’ve seen where no amount of logical explanation could even begin to accurately describe how much they mean to me. The Nightmare Before Christmas is one such film. It remains a very important part of my growth, not only as a cinephile but as a human being altogether. One could even say that it was the one film that helped me to realize the unbridled potential that could be found in the art of cinema. In these ways and many more, this film is undeniably important to me.

It all started with a VHS tape that somehow made its way into my seven-year-old hands. Soon enough, I was watching it multiple times a day, multiple days a week. I knew every Danny Elfman-penned song by heart (and still do) and could practically hum along to the score as it pertains to the narrative (and still can!). I still make extra time every Halloween for an obligatory annual viewing, as if the memory of its sheer impeccability were somehow threatened. I can’t say for certain what drew me into this movie in particular. Perhaps it was something that I could find solace in, since I was the type of kid who would rather sit and read than socialize with the rest of my peers. The scope of wacky, weird characters found in The Nightmare Before Christmas was something that comforted my introverted self, serving as a reminder that the peculiar can be beautiful in its own special ways not always recognized by all. 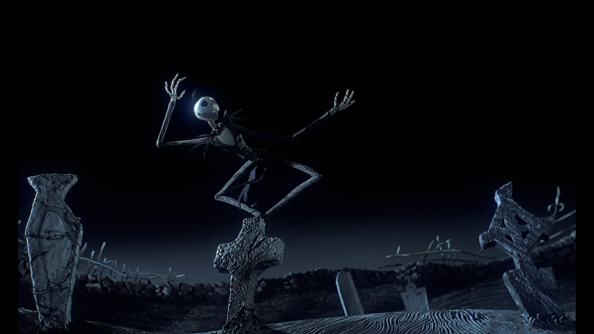 There’s no doubt in my mind that the film’s animation style was one of the major things that initially drew me towards it. I was a little too young to appreciate the inevitable complexities that went into creating this full-length stop-motion masterpiece, but the slight jitters in movement and expression served to add an extra level of creepiness to the already-spooky atmosphere. Jack Skellington is a character that I became fascinated with from the very start, from his infectious charm to his strangely spider-like movements. To this day, my favorite individual song from the film is “Jack’s Lament”, in which he solemnly croons about his doubts and aspirations. It’s still one of the most fun numbers to sing from the entire film! While much of Nightmare undoubtedly belongs to Tim Burton and Henry Selick, the fact that it’s so music-driven owes much of its accolades to Mr. Elfman as well; it helps that he also does Skellington’s singing voice, which certainly couldn’t have been done better by anyone else.

Along with Jack, I had also found myself forming an inexplicable bond to the rag doll Sally. As a kid, I think I just mainly liked seeing such a charismatic female character on screen – no less one who could detach and reattach her own limbs! At this point, I have watched this movie at least 50 times in my lifetime, but it wasn’t until this very last viewing did I realize a very important facet of my attachment to Sally. Her relationship to Dr. Finklestein is much like a couple of the more troubling relationships I’ve endured in my own past. In her impatience with his refusal to allow her to leave the house and be herself, in her willingness to literally pull herself apart in order to gain what most pleases her – in these I could definitely sympathize. Sure, the main relationship between Jack and Sally tends to be annoyingly vague, but it was one of the first love stories in which I found myself truly engrossed. To this day, I’d say it’s one of the most beautiful produced on celluloid.

Besides our two protagonists, there are a slew of other supporting and minor characters that are just so much fun. Some of my personal favorites include the Vampire Brothers, the Zombie Band, Behemoth, and The Mayor. And of course, who could forget the villainous Oogie Boogie? Indeed, the scene of “Oogie Boogie’s Song” had always been a standout one for me – and how could it not be? It has some of the most interesting textures and lighting effects of the movie (with possible exception made toward the introductory “This is Halloween”) and I’ve always been a sucker for the villains anyway. It wasn’t until much later did I find out that Oogie and this number was a direct influence from Cab Calloway, specifically his appearances on Fleischer Studio’s Betty Boop cartoons from the 30s. Anyone who’s seen Forbidden Zone knows how much Elfman digs Fleischer, and these bits only serve as a further example of such.

Has The Nightmare Before Christmas aged perfectly in my grown-up eyes and brain? Honestly, no. It’s so easy to be extremely critical about it these days. Besides the fuzzy love story that I mentioned earlier, there are other elements that don’t conventionally “work”. A few of the songs – particularly “Town Meeting Song” and “Sally’s Song” – don’t really pack the punch that they intend on. Stop-motion animation has matured in leaps and bounds since 1993 – a lá Coraline, also Selick-directed – and therefore has inevitably caused this film to seem a bit archaic. Finally, as this film clocks in at only about 75 minutes long, the relatively quick pacing leaves much to be anticipated. However, this is just my objective grown-up critic brain that’s speaking. For this particular film – this very special film – I prefer to let my seven-year-old self take over and gush on and on over how amazing and fun it is. The Nightmare Before Christmas will always remain one of those particular, rare works of art that has reserved a special spot in my brain and refuses to leave, no matter the myriad experiences I encounter through my brief, weird existence. I only wish that I could bring my much younger self in the room to more accurately explain why I love it so. 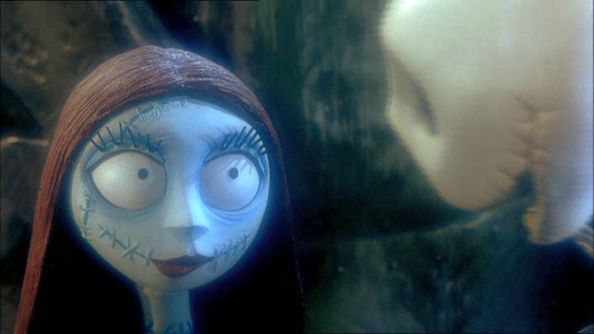