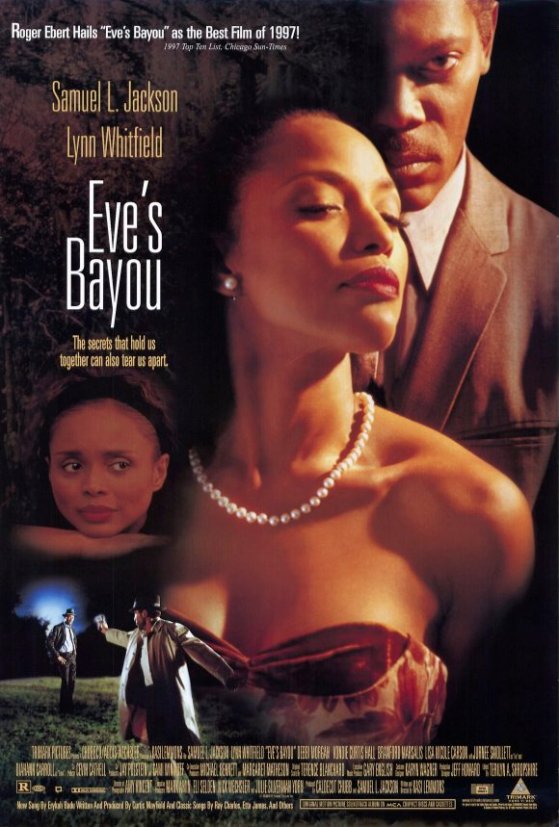 After having it being recommended to me several times over the course of this past year, I finally got around to Kasi Lemmons’ Eve’s Bayou. One of the most prominently remarkable aspects of it is its relentlessness at placing women of color at front and center – specifically Black women. There are very few films that place as much focus on Black women as protagonists, unless they are reprising stereotypical roles or portrayed as weak and/or victimized. It’s a really dark film, and this is heightened by the fact that much of what occurs is told through the perspective of two very young girls, the oldest barely entering adolescence. Led by some breathtaking imagery and editing choices, as well as by powerhouse performances from nearly everyone involved, Eve’s Bayou is an essential.

One of the very first scenes of the film consists of a young Eve (Jurnee Smollett) accidentally witnessing an adulterous encounter between her father (Samuel L. Jackson) and Matty, a family friend (Lisa Nicole Carson). It is from this point forward that a web of lies and deceit becomes to form and unravel, consuming the lives of all who are involved in this trail. Taking place in the deep south of Louisiana, the film makes excellent use of its exotic, mythical settings that take on a greater significance within the context of the narrative. Eve’s narration informs the audience of their affluent ancestry, in which their lucrative relations to French aristocracy reverberates to their present day. Although they are rather wealthy and relatively prosperous, certain elements of familial relationship sends the message that such assumptions aren’t quite what they seem.

Among the many themes that guide this film is the unreliability and unsteady validity of perceptive memory, particularly in how it relates to the lives of the children who become involved in the dark lives of their elders. Samuel L. Jackson plays the patriarch of the Batiste family, a symbol of respect and wholesomeness, the likes of which could be certainly apparent in any other similarly successful family. As the story progresses, however, this façade steadily deconstructs itself and reveals a much darker, more pained individual hardly worth such high esteem. Eve’s Bayou also implements voodoo and black magic into these scenarios in some pretty interesting ways. It once again makes excellent use of the South’s mysticism to create an almost fable-like atmosphere to the narrative, making much of the events’ unfurling all the more unsettling. While the inclusion of the dark arts into a prominently Black film could certainly border on troubling racist issues (I’m looking at you, The Princess and the Frog), it seems that Lemmons knows exactly what she’s doing here. 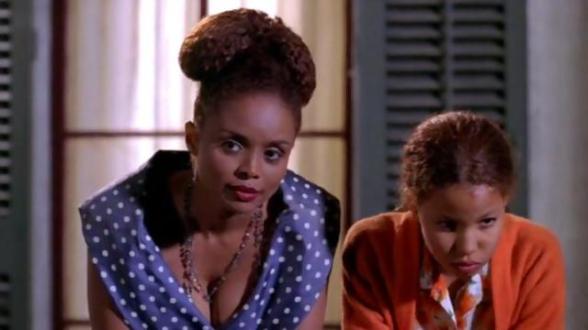 It’s always so great to see a terrific movie commanded by a handful of terrific actresses playing strong, multi-dimensional female characters. Most praise-worthy is the chemistry between Jurnee Smollett and Meagan Good, who portray one of the most compelling sisterly relationships I’ve seen in any flick. As more and more becomes slowly revealed about their characters and the negative ways in which the male characters plague their lives, it also becomes a much more heartbreaking watch, yet completely worth it all the way. It’s awfully unfortunate that such a well-acted, well-written, well-produced film as Eve’s Bayou would go overwhelmingly unnoticed by many cinephiles. Then again, one of the hugest issue with the cinematic canon is that such films – those written/directed by Black woman and starring Black women – are easily swept under the rug to “make room” for those much more palatable. An unfortunate trend, if I say so myself, as Eve’s Bayou is beautiful and heart-wrenching in ways that would render it greatly deserving of so much more acclamation.