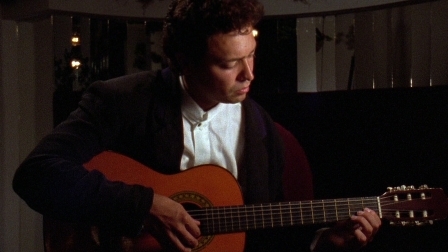 It seems that I’ve gotten into this nasty habit of planning all sorts of film-related goals for the upcoming month, only to fail miserably at accomplishing anything close to what I want to achieve. Such it is with February, in which I had planned to watch a large bulk of films directed by and/or primarily starring Black people. While I did get a sufficient amount of films watched, only about a quarter of them fit the criteria I had initially aimed for. It’s not quite as exciting of a Black History Month as I had planned, especially failing at my goals to watch more films by Black women, as well as the entire filmography of Spike Lee. While I’m aware that no one really reads any of these blog posts, it’s more disappointing for me on a personal level over anything else. Moreover, I wrote absolutely no reviews last month; I can attribute much of this to me just being too busy to sit down and collect my thoughts for an hour or two every few days or so. Nonetheless, if I want to eventually do something of value with my knowledge of film, I should start practicing more self-discipline. All that said, I am still going to do my monthly themes and monthly recaps at the very minimum. I don’t wish at all to stop writing completely; I just need to figure out some time management skills, as well as ways to make my writing actually worth reading. I have been actively watching everything I can for nearly five years now – and blogging off and on throughout the entirety of those five years – so I would hope that I had something figured out by now. Nonetheless, I’m going to keep trying and hopefully something will stick and serve as my much-needed redeemer.

Negativity aside, I can certainly find solace in the fact that my movie-watching has remained as strong as ever. The two major viewing trends I followed this past month saw me focusing on Black films, as well as more movies from 2014. The latter is due to my rush to watch as many of the Academy Awards nominees before the ceremony airs. Although I only had time to watch the films that were nominated for Best Animated Short, though the Best Live Action and Best Documentary shorts are still screening in my city. The most rewarding part of this month, however, were watching the few films directed by Black people that I watched this month. As I stated before, none of them are by Black women, as I had initially planned, but the ones I did watch offered such fresh, invigorating social perspectives, the likes of which I rarely encounter in my viewing habits. I would love to incorporate such movies into my repertoire in the future, as these are often films towards which I usually wouldn’t give a second glance. Finally, both January and February marked my introduction to the films of Xavier Dolan. While I’ve still yet to complete Laurence Anyways, it’s very clear to see that he has such an vibrant style completely unique to him. His use of music montages – especially in Heartbeats – really reminds me of the films of Wong Kar-Wai, another favorite. Perhaps in the future I’ll write up an introspective on his whole body of work. Anyway, without further interruption, here are the list of films I watched this past month (asterisks indicate rewatches):

New-to-me: 43 Rewatch: 3 Total watched in 2014: 102 Total new-to-me in 2014: 96 I definitely watched more films overall last month – but then again, February is the shortest month of the year, so it’s not too disappointing that I fell a bit short. Additionally, the mere fact that I’ve completed nearly 100 new viewings this year so far is certainly impressive; at this rate, I’m such to reach my goal of 500 with little effort. Now here are my top five movies I discovered this past month:

I’ve particularly been all about Latina pride this past month, especially with Alejandro González Iñárritu snagging so many nominations and awards at the Oscars (in a film about white people, I’m aware). I also decided to finally check out the first two of Robert Rodriguez’s “Mexico” trilogy. I’ve still yet to see Once Upon a Time in Mexico, but I’ve been particularly enthralled with El Mariachi, which is also Rodriguez’s debut feature. Shot on a shoestring budget and with Rodriguez playing many of the roles in production beyond director, its very indie atmosphere to begin with really stood out for me. Being shot in San Antonio with dialogue entirely in Mexican Spanish also served as grounds for a swelling sense of nostalgia I felt while watching it. Overall, its served as possibly my very favorite of his works, one that I’m sure to rewatch time and time again. 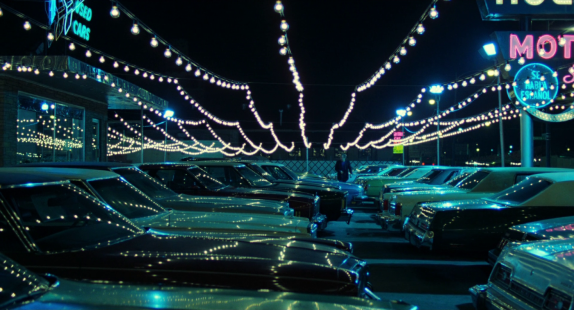 I love film-noir and neo-noir, yet for some reason had never thought to seek out Michael Mann’s Thief until this past month. In fact, Thief stands as the very first Mann film I’m ever watched. Having strayed away from these kinds of flicks for a while, I’m suddenly remembering why I love them so much in the first place. Thief in particular stands as a stellar example of the neo-noir: it’s dark, slick, stylish, and has one hell of an explosive ending. It wouldn’t surprise me at all if Nicolas Winding Refn cited this as one of his influences for Drive, another film I love so much. Needless to say, I now am positive that it could only benefit me to check out more from this auteur. 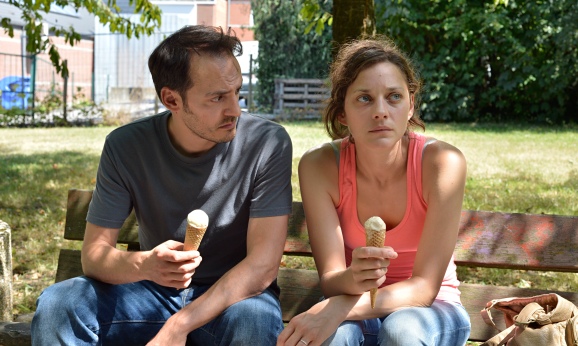 I really did not know what to expect walking into Two Days, One Night, except that it had received universal praise from those I knew who had seen it. Special notice had been made toward Marion Cotillard’s performance, further solidified by her Best Actress nomination. Only halfway through my viewing, I had already assured it as one of my favorites of the year. Not only is Cotillard great as ever (although I’d say I prefer her performance in The Immigrant, also 2014, only slightly more), but the minimalist approach to the narrative details the ongoing problems with the modern economic environment without being too heavy-handed. The themes at play approach bleak darkness at points, heightened by its gritty style, but what elevates this flick to the next level is Cotillard’s performance, both pained and unmistakably strong in her unflinching efforts and actions. 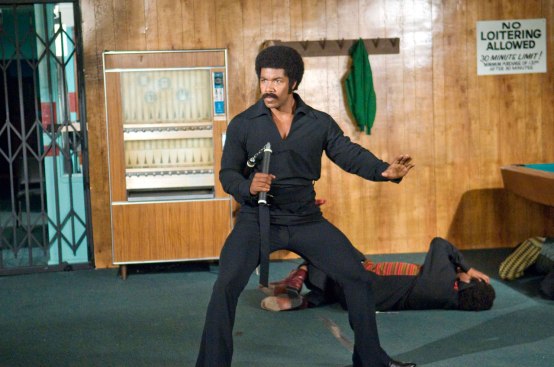 Out of the few movies I watched in February for Black History Month, Scott Sanders’ Black Dynamite is far-and-away my favorite of the bunch. I watched it as a tail end to a triple-feature, also including Sweet Sweetback’s Baadasssss Song and Shaft. I do think the best way to watch this flick is with pre-existing knowledge of the trends and tropes of blaxploitation. There’s so much love put into the style of this one – from the awkward narrative flow to the crazy editing – while also instilling a ripe sense of humor that is quick and frenzied as it is subversive. Sure, the comedy doesn’t always work as well as it thinks it does, but when it bites, it bites hard and unexpectedly. Huge props towards Michael Jai White, who plays the titular character in ways that mirror the classic blaxploitation head figure; I couldn’t imagine anyone else doing as great of a job as he does.

As I’ve said, I think Xavier Dolan is a really talented human being who seems to only improve with each piece of work he releases. In support of this, Mommy is not only the best film he’s created thus far (again noting that I haven’t seen Laurence Anyways), but also one of the very best of this past year. It stands as one of the rawest, grittiest portrayals of mental illness I’ve ever seen, while also being remarkably sensitive and unexpectedly heart-warming as well. Antoine Olivier Pilon is excellent as the boisterous son at the center of the story, but my heart really goes out to Anne Dorval and Suzanne Clément, whose humanistic chemistry really bring Mommy to genius territory. While the subject matter isn’t fun at all, Dolan does some fantastic things with the editing and cinematography that hardly make this a bore at all. Overall, Mommy managed to touch my heart in so many powerful, unexpected ways, and I’m so glad for that.

At this point, I should note that among the many cinematic sins I possess, just one of them is the fact that I haven’t seen one single James Bond film. Sure I’m already pretty aware of many of the trends and characteristics that pretty much define these films, but most of what I know I’ve learned from the Austin Powers franchise. Therefore, this month I want to try to watch every James Bond film, from beginning to end. I’m aware that there are probably some problematic racist and sexist qualities to some of these films, which is why I also want to try to make this an opportunity to write some more. I probably can’t write about every film (since I work many hours, I doubt I may be able to watch every film this month!), but certainly the big ones like Goldfinger and To Russia With Love are worth writing a bit about. At this moment, I’m actually excited to watch A View to a Kill more than the others – Grace Jones! Yes! Anyway, that ends this blog post for now. Hopefully I can check back in more frequently this month. In the meantime, however, follow me on Tumblr for more film- and other art-related posts and thoughts.