A Quick PSA on Bond Month 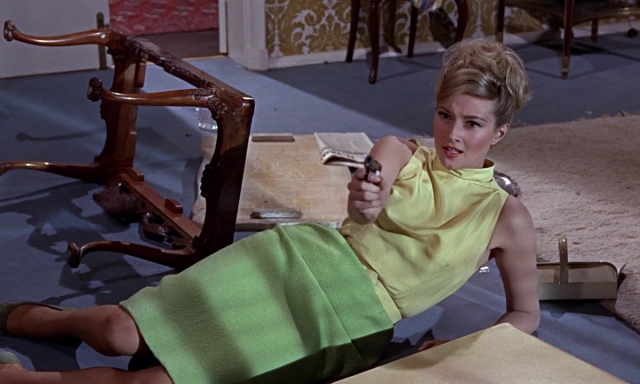 Hey folks! So, as I stated in my last monthly recap post, I have been planning on watching every single James Bond feature in chronological order of release. Initially, I had wanted to binge-watch all these films solely throughout the month of March, with some pretty cool ideas in mind of some Bond-themed posts to go along with my journey. At this moment, however, while I still intend on watching every Bond movie in chronological order, the time frame for these viewings have changed a bit. Truthfully speaking, it was my boyfriend who mainly pushed me to watch these films, since he is a lifelong fan and I had yet to see a single one. However, he has run into some unforeseeable personal issues and had to suddenly fly 300 miles away for about a month. While James Bond Month is primarily a personal goal, I think it would be a lot less fun for me if I didn’t have someone as animated over Bond as he is. This is evident by my experience watching the first third of Thunderball by myself, versus rewatching these parts and the rest of the film with Malcolm. Needless to say, the latter experience, with the inclusion of his own commentary and anecdotes throughout, made for a more valuable milestone.

So what does this mean for Bond Month? Not much, other than the fact that it won’t simply just be a “month”. I plan on (slowly) continuing my journey throughout April as well. And as I stated before, I still want to use this opportunity to write more. I had been trying to figure out an organized way to cover the entire Bond filmic franchise while not having to write in depth about each and every flick – I simply don’t have the time for that amount of brain expenditure! After some thinking, however, I decided that writing about each decade in Bond would be the best approach to take, since there have always been a steady flow of releases year by year. Right now, all I need to watch is 1969’s On Her Majesty’s Secret Service before I’m ready to type up my post on 60s Bond. Here’s a sneak peek: Sean Connery slightly bores me, but the villains and all the ladies are awesome!

And as for the rest of March? Well, it’ll remain themeless for the most part, but I’ll take this opportunity to watch a bunch of stuff I probably should have watched years ago. For example, I just watched James Cameron’s Avatar for the very first time a few days ago! Want to know what I think of it? Tune in for my March recap, coming to the blog on April 1st (and I promise that isn’t a joke!).

1 Response to A Quick PSA on Bond Month