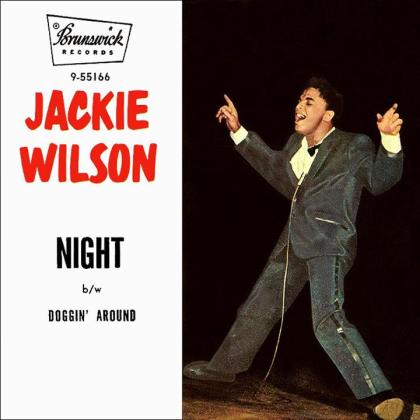 Wow. If I thought 1959 was a dull year in music, nothing could have prepared me for the Hot 100 of 1960. It wouldn’t be fair to say that this year was equalled in mediocrity with 1959 – rather, this year stands on its own as a particularly special kind of bad. Long gone are the prime, young, vibrant days of rock ‘n’ roll’s early era that filled the radiowaves; these days, the icon of the Teen Idol is at its peak. Artists that had previously marked past years as exciting and eccentric – Chuck Berry, Little Richard, The Coasters, etc. – are nowhere to be found here. Basically this year was so boring that Guy Mitchell’s “Heartaches By The Number”, which was at #88 in the ’59 list, makes a reappearance here at #93! It’s true that the chart is determined by sales and airplay more than anything else, but the song wasn’t even ranked very highly in the first place.

Yet it’s hard for me to pinpoint and explain exactly what it is about this list that I found so listless. However, I think the best way is that it mostly caters to the white heterosexual teen-agers who would slow-dance to this music at their high school dances (but at an arm’s length apart). Now I’m not completely opposed to these types of slow, moody love tunes; in fact, some of the best of this genre are found in this list, such as Brenda Lee’s “I’m Sorry” (#6) and Jackie Wilson’s “Night” (#34). Yet while songs like these in past years had a distinctive, fairly personable quality to them, there were moments where it actually felt like each slow song blended seamlessly into the next. It also did’t help that there simply were so many of these singles on this list. I’ve heard of record companies following trends to keep listeners at bay, but this is ridiculous. 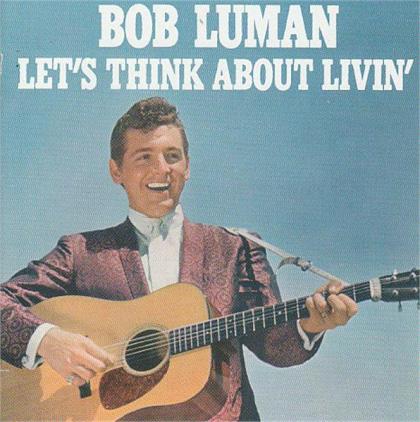 Perhaps the one song that perfectly captures my feelings on this trend (a novelty song at that) is Bob Luman’s “Let’s Think About Livin'” (#92). Disguised as a fun, peppy country-type song, it is actually a critical examination of pop songs that use death, tragedy, and sadness as a selling point. His solution lies in the title of the song: “Let’s forget about the whinin’ and the cryin’ / And the shootin’ and the dyin’ / And the fellow with a switchblade knife / Let’s think about livin’ / Let’s think about life“. And really, who could contend with that?

It’s actually much more fun to listen to this song again once I had gone through the entire Hot 100 list, as he mentions a few songs that were covered in the list. He explicitly takes note of Marty Robbins’ “El Paso” (#15) and The Everly Brothers’ “Cathy’s Clown” (#3). While I am actually a fan of both of these songs, I’m far less a fan of the ones that fall into what I like to call the “teen tragedy” genre. Ones like Mark Dinning’s “Teen Angel” (#5), Ray Peterson’s “Tell Laura I Love Her” (#67), and especially Johnny Preston’s “Running Bear” (#4). Besides the fact that the latter song is racist trash, the stories which are told in these songs are generally too silly and exploitative to take seriously. Though I guess it does make sense that something like this would become commercially trendy, considering that the tragic plane crash on Feb. 3rd was still hanging like a dark cloud over the music scene. Still, I’m on Bob’s side here.

As far as who is the most represented on this chart, this is revealed as a four-way tie between Bobby Rydell, The Everly Brothers, Connie Francis, and Brenda Lee. Rydell is fairly uninteresting, so I won’t talk about him (although “Little Bitty Girl” (#96) is a pretty good song). The Everly Brothers are one of the most seasoned veteran artists on this list, yet sadly aren’t nearly as interesting as they were in their chart debut in ’57. As I mentioned, “Cathy’s Clown” is a perfectly great song, but somehow lacks whatever it was that made them so unique. A good analogy for my relationship with The Everly Brothers could be found in their own lyrics for “So Sad (To Watch Good Love Go Bad)” (#70) (which, in all seriousness, is a rather lovely song): “We used to have good times together / But now I feel them slip away / It makes me cry to see love die / So sad to watch good love go bad“.

What’s most important, however, is the amount of female representation there are on this list – notably that, as far as quantity is considered, ladies can finally stand on somewhat leveled ground with their male counterparts. In this year’s Hot 100, there are fifteen women represented across twenty entries. Taking over one-fifth of the list, this is the greatest amount of female representation that we’ve had in the Hot 100 thus far. Much of the thanks can be given to Connie Francis and Brenda Lee, who each have four tracks on the list. While Francis tends to be hit-or-miss for me personally, it’s hard to deny the power of her voice, particularly on “Mama” (#68) and “Everybody’s Somebody’s Fool” (#11). Before starting this challenge, I had always thought of Brenda Lee as a much tamer Wanda Jackson; after listening to more of her songs, however, I’ve realized that her talents should not be underestimated and her presence on these charts is so important. “That’s All You Gotta Do” (#71) and “I’m Sorry” (#6) are especially notable and evidence of her tonal range; also the latter is historical in that it finally marks a year where a lady can hit the top ten in the Hot 100. Progress is being made; time to see it continue.

At this point, I’m mainly writing this blog post in anticipation for the bigger, better things to come with the remainder of the 60s. But that’s not to say that there aren’t any great songs to come with this year at all. One of the most surprising was The Brothers Four’s “Greenfields” (#13), surprising in that I had never heard it before now and wondering how this could ever be so. It’s a beautiful testament to unrequited love and overall nostalgia for simpler times, emitted via their beautiful, haunting harmonies. They were often overshadowed by the more famous Kingston Trio, yet the trio’s “Tom Dooley” and “The Tijuana Jail” simply don’t hold a candle to this folk gem. It’s easy to see how this group deeply strain for success amidst their politically-driven counterparts that were to come, but they are perfectly excellent in their own right, certainly one of the few bright spots in such a boring year.

There isn’t much else I want to go in depth about, so I’ll add my few quick points below before I move onto my top five of the year.

Out of the many songs on this chart that I listened to for the very first time, this song is the one I replayed the most number of times. Jimmy Jones also made the ’60 list with “Handy Man” (#8), arguably his most popular hit – yet I prefer this one so much more, if only for its catchy hook impossible to resist singing along to. Its lyrics’ closest relative would probably be Peggy Lee’s “Fever”, in the speaker’s active paralleling historical figures with their love for their sweetheart. Just try listening to this song once and only once.

Truth be told, although this music challenge easily takes up the vast majority of my free time these days, I probably will always be a cinephile at heart. I wrote about my love for The Apartment in my Top 10 Films of 1960 post; although it was written nearly two years ago, this film still holds a special place in my heart. One of my favorite aspects of it is Ferrante & Teicher’s sweeping musical score, which captures romantic, melancholic longing in the most perfect ways. Just like the film it accompanies, this theme is a work of art in and of itself.

I’ve always enjoyed this song, but it wasn’t until I started listening through this list did I realize just how much I loved it. In a year that valued young, impulsive love and overblown, cinematic tragedy, there’s nothing like Mr. Barrett Strong coming in and telling it like it is. Its differentiation from everything else coming out at this time may explain why it’s not ranked higher, but it’s much better than most on this list anyway. From the opening chords to the opening lines, he offers the most rational solution possible: “Your love give me such a thrill / But your love don’t pay my bills / I need money”. After all, money does make the world go ’round; why be humble about it at all? 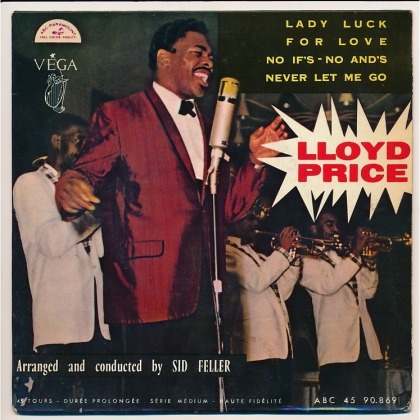 This one song is seriously underrated and I want to make it a goal to change this. I never talked about Lloyd Price for last year’s post (where his “Personality” just barely missed my top five), but it should be known that he’s incredibly talented with a charm all his own. And just as I had previously commented on Jackie Wilson’s “Lonely Teardrops”, this song covers heartbreak in a way where one can’t help being happy whilst listening. Once again, songs like these are such a refresher from the downers that really took over this year, yet “Lady Luck” is still such a relatable song, evident from its opening verse alone: “Lady Luck turned her back on me / Now I’m full of misery / There’s only one thing left for me to do / Try not to think about you”. “Personality” and “Stagger Lee” are awesome, but this is on a whole other level.

If there was any indication that I was completely against the traditional love song, let it be known that this is completely untrue. In fact, I’m an absolute sucker for love songs with distinctly clever lyrics (one reason why I’m so excited to get into the Motown era of the 60s). “Wonderful World” is one of my favorites in that it is straightforward, but also smart – somewhat ironic, given that the speaker repeatedly makes the case that they aren’t particularly book-smart. Unlike most of the songs on this top five, this one is simple, in its composition, its lyrics, and with Cooke’s singing style. Yet it’s the quality of simplicity that makes music seem so timeless, which is the most precise way to describe this song. It’s the type of song that I wish I could have wrote myself – but alas, all we could do in the meantime is just listen and appreciate.