As noted in my previous monthly recap, my priorities have lately been switching from watching as many new movies as possible to widening my knowledge and scope of popular music and its history. This continues throughout June – for the second month in a row, I have failed to complete the film-a-day average that I initially set myself up for accomplishing. I did, however, improve with the amount of films I watched in a month as a whole, so that’s pretty cool.

Some headway has been made in other directions, however, as I officially started up my Cinephiling With Epilepsy project. For the meantime, I want the resource to focus primarily on popular, mainstream (mostly) Hollywood films, rather than those that would cater to a particular audience. This is to ensure the greatest amount of accessibility; there’s no use writing entries on more obscure films that (a) could be difficult to seek out, and (b) may not even interest the casual viewer in the first place. Thus, a lot of the movie-watching I’ve been doing lately has been rewatches. I’m trying to find a good online list that I could use for guidance. So far, I’ve been going by the IMDb Top 250, but this may be insufficient. I’m welcome to hear any suggestions that could be helpful.

Here is the list of films that I watched during the month of June, asterisks indicate rewatches. I’ve also included links to some of the CWE posts that I’ve been doing, should any curiosity or interest rise. 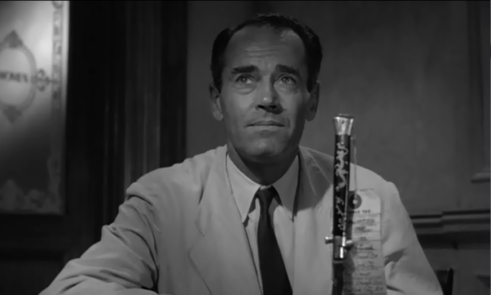 For the next month and other months in the future, I want to spend more time on the Cinephiling With Epilepsy resource, trying my hardest to make entries for every or close to every film I watch, regardless of what format they’re watched in. I also want to continue with my Billboard challenge project. I’m really getting a lot of headway on the educational aspect of it all, but all the research I need to do is dragging me a little behind. I want to post at about a once-a-week basis, but I’m moving at the rate of about once every 10-12 days. Hopefully the future years in this challenge won’t be so draining or time-consuming. ‘Til then, we could only wait and see!