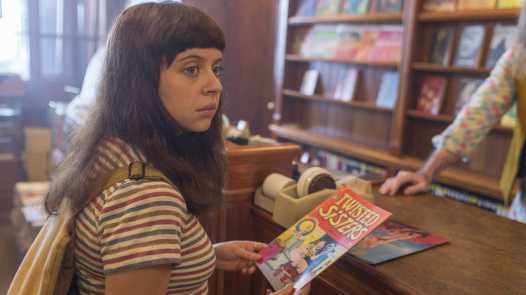 September was an interesting month. I went on vacation for a few days, as well as just had a generally hectic work schedule as always. As such, it was a bit tougher to commit to my film-a-day goal. The long gap between my 1969 and 1970 Billboard challenge post is evidence of how much I’ve been slacking lately on getting work done. Nonetheless, I managed to make my goal – albeit I did watch a whole bunch of crap this past month. On the plus side, I also watched more women-directed films than usual, with eight out of my thirty being directed or co-directed by women. Still others, like Tammy and Don’t Tell Mom the Babysitter’s Dead, were directed by men but written or co-written by women, fitting along with my quest to seek out more films with women’s perspectives.

For some reason this month, I also watched a lot of crap. Out of these thirty films, I gave a 2.5/5 rating or lower to ten of them on Letterboxd. The reason is probably my willingness to watch practically any kind of trash, especially when I’m too burnt out or too busy to get through something more intricate or complex. Along with this, I’m slowly trying to finish up the filmographies of various auteurs, including the ones whose work I’ve been intentionally putting off – George Miller, Penelope Spheeris, and Alexander Payne are examples seen here. Why call myself a cinephile if I only watch the good stuff?

Anyway, here is the full list of what I’ve watched this month. Asterisks indicate rewatches.

I’ve given myself a new challenge to watch every single animated film ever made from major American production companies. Since there is so much out there, I anticipate this will take me several years, but it seems like it’ll be fun nonetheless. I started this month off with Kahlil Gibran’s The Prophet, a retelling of the classic work from the author. I was not familiar with the book before watching this film, but I found it absolutely lovely in all its rich, colorful simplicity. It’s actually an anthology with, with several surreal, non-diegetic animated sequences, each bringing something unique to the table. My personal favorites came from Tomm Moore, Nina Paley, and Michal Socha, all wonderful animators. Check it out if you can.

Additionally (and unfortunately), I also finally got around to Ralph Bakshi’s Cool World, which I have been putting off for quite a long time. Upon my viewing, it was clear to see that my initial hesitations were not ill-guided – I hated this film. Yet, with the exception of perhaps American Pop, I’ve never found the appeal of his work at all. The sense of humor in his films is often tasteless and terrible, while the animation usually isn’t too eye-catching either. I get the point of the smuttiness that is apparent in Cool World; I’m just not too big of a fan of it. The story wasn’t very good either. In all honesty, the best parts of the films were the moments where there was no live-action performers on the screen at all. This is where the visuals seem to be the most interesting in all their psychedelic, Fleischer-influenced glory, a territory that Bakshi seems to be most comfortable approaching.

One day, I want to write about all the post-Roger Rabbit attempts at combining traditional or CGI animation with live-action filming, what they get right and what they get so, so wrong.

Another film I’ve been putting off for ages was Children of Heaven – but for this one, I was actually lamenting that I hadn’t gotten around to it much sooner! It’s a beautiful film, one that one again dwells comfortably with its simplicity and snapshots of everyday life for a particular demographic. Here, this story is about two Iranian children and the complications that ensue after a simple loss of a pair of shoes. It is one of the best homages to neorealism that I’ve seen recently (especially taking cues from Bicycle Thieves) and the quiet performances from young Amir Farrokh Hashemian and Bahare Seddiqi are so brilliant and so real. There’s never a dull moment to be had throughout this masterpiece and it’s quite possibly my favorite film that I’ve seen all month. 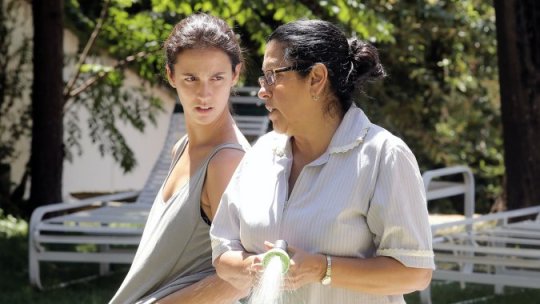 I only watched a few 2015 releases this month (and certainly none of the major ones), but Anna Muylaert’s The Second Mother is one that secured itself a quick spot in my top ten for the year so far. It has a lot to say about class barriers; the fact that race isn’t a question in this case illuminates the issue to an even greater importance. It’s a film all about women-to-women relationships, stressed by the fact that the most boring parts are the ones involving the only adult man in the narrative. The entire film, however, is spearheaded by the wonderful, sympathetic performance by Regina Casé, whose very presence brings a great deal of humanity and warmth to the story. All in all, it’s a great film with some particularly wonderful scenes that stand out as some of the best I’ve seen in any film all year long. I hope to see this on many top ten lists by the end of this year. 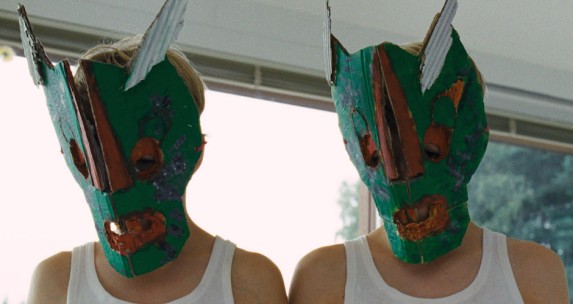 And for every good, there must be a bad. Enter Goodnight Mommy. I was very excited about this film from the very moment I watched the trailer, advertising a film that contained shades of Lynch, Cronenberg, and Haneke, three directors I appreciate and love. While the visuals and overall atmosphere of this flick suggest this level of creative control, it unfortunately lacks the substance. The entirety of it, especially the second half, just made me very uncomfortable – yet by the end, unlike Inland Empire or The Piano Teacher, I didn’t feel there was no payoff to this discomfort. It was just unsettling and ugly in all the shallowest ways. On top of this, there seemed to be this overall misogynist temperament (especially towards mothers), though I can’t exactly explain the reasoning for this at the moment. It’s certainly not the best film with which to start off the Halloween season. 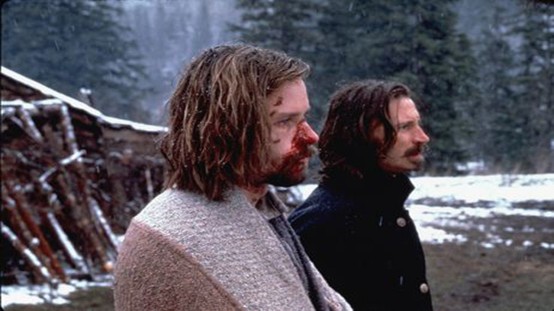 If you’re reading this and are still looking for that one good kickoff to a month of horror movies, look no further than Antonia Bird’s Ravenous. The theme here is old-timey cannibalism, which always promises a good time. Its got a terrific story, pieced together by its terrific performances, awesome atmosphere, and some of the most interesting editing choices I’ve seen in a film lately. The music by Damon Albarn and Michael Nyman kicks so much ass as well. While watching this, I found myself chuckling at some of the more perverse, weird parts, and it wasn’t until I read other reviews by people who also found dark humor in the narrative and composition did I feel confident in actually being as funny as it is creepy. Overall, it’s a horror film made especially for folks who love horror movies – there was no chance that I wouldn’t enjoy it, and I couldn’t imagine any different for other horror buffs.

That’s all I’ll write about for now. But prepare for plenty of mini-reviews in the next monthly recap for all the horror marathoning I’ll be doing. Bring on October!