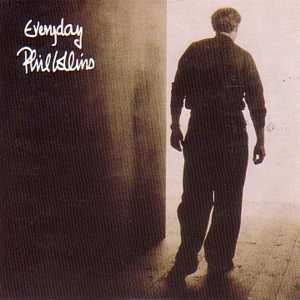 Well… you know what they say about the number thirteen!

To be fair, even though Phil Collins is so irresistibly easy to hate on, I really don’t dislike his music as a whole. “In the Air Tonight”, “Against All Odds”, and even”Sussudio” are all songs I tend to have on rotation during one of my many 80s music moods. But that’s the thing: I wouldn’t fault anyone for enjoying Phil Collins’ 80s hits. Even if you aren’t a fan of his singing voice, which once again is very easy to bag on, there are usually some talented producers and studio musicians in the background that make any of his singles well worth listening to (except for his cover of “You Can’t Hurry Love” – dear lord).

No, what we’re talking about here is an entirely different animal. For some reason, the 90s saw Phil Collins set aside pretty much any sort of dignity and jump aboard the adult contemporary train. I haven’t delved very deeply into the Hot 100 of the 90s yet, but most of my experience with 90s AC is usually closely tied to dentists’ offices, which is never a good thing. Basically, everything I dislike about this particular strain of the genre can be found in “Everyday”. Once that introductory piano bled into a very basic-sounding drum rhythm and twinkly keyboards, I had very little hope for the rest of the track. As for the lyrics, the song is chock-full with the most unimaginative heartbreak lines imaginable: “So everyday I cry / Yes, everyday I fall / Do you ever wonder why / I love everything about you”.

Phil Collins’ performance itself is almost not even worth mentioning. It sounds completely phoned-in, with practically little effort given to breathe any sense of original sound or personality into the already listless tune. It’s pretty much what everyone claims they dislike about Collins and especially Collins in the 90s. And I won’t lie – I like the Tarzan soundtrack! I think it’s the millennial nostalgia that’s mostly got me pining for it, and I’ll admit that it’s not that great, but at least the melodies were memorable, the production was nice, and the performer sounds like he’s having at least a little bit of fun. The problem is that this single was a few years before the Tarzan soundtrack, and he sounds tired and washed-up and in need of the burst of energy that the Disney film would eventually give him. From this song alone, with its boring production and drab lyrical format that goes on for way too long, it’s clear that this is about as low as it could get.

The one positive thing I can say about this song is that it did give us the music video, which basically consists of Phil Collins in khakis gloomily lounging around a very white apartment, with fade transitions and dutch angles up to here. It looks about as 90s as the song sounds, but better. Nevertheless, I’ll stick to “In the Air Tonight” from here on out.

Like Loading...
This entry was posted in Uncategorized and tagged 1990's, 1994, One Random Single a Day, Phil Collins. Bookmark the permalink.