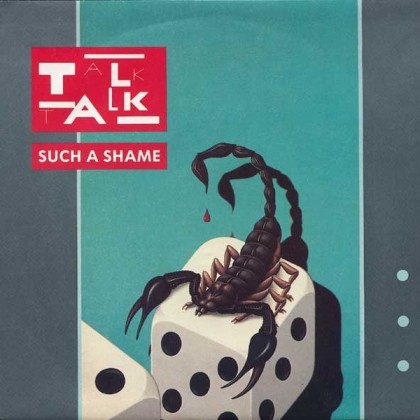 Ah man, I really love Talk Talk. Or at the very least, I really love The Spirit of Eden, which is definitely one of my favorite albums of the 80s – but I’ll probably get into that phase of their career some other time. See, Talk Talk started out as a product of the new wave breed that grew from the UK music scene and found increased prominence in the US throughout the 80s. The relatively upbeat nature of their earlier synthpop records seems miles away from the atmospheric spirituality of their later works, which would eventually be recognized as a stepping stone to what we now know as post-rock. This transformation has always really fascinated me – I can’t think of a single other band or artists of this era that has so deftly abandoned their new wave roots over the course of their career.

But like I said, that’s for a whole other post entirely. For today’s single comes from the band’s 1984 album It’s My Life, which was a full year before their next album The Colour of Spring would demonstrate this shift in style. This single also comes off the heels of the titular song and lead single from It’s My Life, which made the US top 40 and was their most commercially successful single up to that point – a tough act to follow up, I think. “It’s My Life” is a fairly good signpost of their early sound, though, with its shimmery, totally 80s synths transposed over singer Mark Hollis’s delicate vocals. Despite being upbeat, it’s mostly just swims along rather than keeping in tune with a trendy dance beat like many of fellow new waver Depeche Mode’s early singles. Moreover, the follow-up “Such a Shame” takes this dreamy quality to the next level, with Hollis’s vocals mixed to the foreground as a symphony of spacey synths and drums dance alongside.

Additionally, while the lyrics of “It’s My Life” express an impassioned desire for communication in a romantic relationship, “Such a Shame” injects this same passion into a more inward-facing appeal. Hollis is actually noted as being inspired by Luke Rhinehart’s novel The Dice Man, in which the protagonist determines the mundane actions of his day-to-day life by the roll of a dice. These same feelings of uncertainty can be read in lines like, “Such a shame to believe in escape / A life on every face and that’s a change”. Every face on the die determines the options and directions that one’s life could take, which seems like a miracle for those who would only assume a perfect life to adhere to one single, clear direction. However, now these options are limited to an eight-sided die, as opposed to the limitlessness that life actually possesses. Now, things seem so much bleaker. Lines like, “Number me in haste, it’s a shame, “This eagerness to change”, and “In these trembling hands, my faith tells me to react / I don’t care” focus in on this desire for something more to break the monotony, but the uncertainty of how to escape and the fear or hesitancy itself of doing so.

It seems that one of the biggest complaints about synthpop in the 80s is the tendency for the genre to give off a sterilized, manufactured vibe to their records – I’ve heard these critiques given to groups like A Flock of Seagulls, Dead or Alive, Erasure, and even Depeche Mode. “Such a Shame” stands alongside other songs from Talk Talk (and others from the aforementioned groups, to be honest) that should have these commentators thinking twice. This track alone is brimming with a pervading sense of melancholy – both in its words and in its music – the likes of which is not very often seen in much mainstream pop music. I guess it makes a lot more sense that the group would take the atmospheric elements already very present in their own music and apply it to a more ambient, less radio-friendly kind of rock music devised perfectly for a kind of underground appeal. In any case, and with any of their eras, more people should just listen to Talk Talk.

Like Loading...
This entry was posted in Uncategorized and tagged 1980's, 1983, English, One Random Single a Day, Talk Talk. Bookmark the permalink.