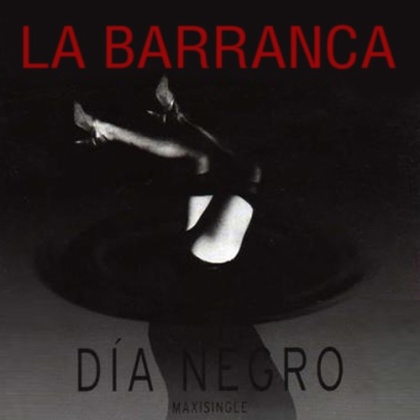 I’m definitely falling way behind on this project… but I’ll keep persisting! I’ve been so caught up in the world of pop music lately, mainly with all the new stuff from this year, but also with rediscovering various pop hits since the turn of the 21st century. Among all the various hits and misses, one thing is for certain: rock music has practically become extinct in the Hot 100. I can’t even remember the last bonafide hit by a genuine rock band that wasn’t poppy nor folky. Was it Kings of Leon’s “Use Somebody” from 2008?? Maybe The Neighbourhood’s “Sweater Weather” if we’re being generous – but that was still 2013! It’s gotten to the point where rock music is something one has to actively search for outside of the mainstream charts. Although I enjoy a lot of modern pop music (and generally always will), I always feel a little special tingle whenever I hear an unfiltered electric guitar or drums (not a drum machine) in whatever song I come across.

I guess what I’m trying to say is that the band and especially the song for today totally rocks. La Barranca are a rock band who formed in Mexico City in 1994 and have remained relatively active ever since. Their style ranges from traditional rock, to blues-rock, to fusion jam stylings, and all forms of their sound retain a bit of their traditional Mexcian folk influence to some degree. “Día Negro” comes from their 1997 EP of the same name, which has become an integral part of the band’s history, its popularity giving La Barranca its first taste of international appeal. Likewise, “Día Negro” remains one of the group’s most popular tracks.

From right off the bat, this single is hard-hitting, with dark chords coloring its intense midtempo pacing and smoky production. I even sense a fair share of influence from grunge’s surge in popularity in the 90s – although the cleaner sound of this particular recording may even hint at an early example of the post-grunge sound. The lead singer’s voice is pretty incredible, immediately foreshadowing a rich atmosphere of darkness and dread, even if listeners aren’t fluent in Spanish. “Día Negro”, of course, translates to “black day” or “day of darkness”, and while the lyrics are explicitly vague and non-specific, it’s clear that this isn’t a happy tune. This is already very present in the song’s bluesy chords and ghostly atmosphere, but the lyrics amplify this pervading sense of conflict by presenting themselves in apprehension of an unspeakable force that steals one’s identity, voice, and everything they own until there is nothing but blackness.

Surely, this must be a deeply political song with subtexts that simply go over my head at this point in time. But it’s certainly relevant to the world in which we are living now. You get that vibe even before really listening to the lyrics – the call-and-response style chorus simply sounds like a riot and the guitar solo, while incredible, just makes it even more clear that this speaker isn’t taking any shit any longer. It’s a perfectly paced rock song, clocking in at a little over five minutes, but never overstaying its welcome for a single second. I’d recommend this to anyone who is looking for a genuinely tasty rock single, when such music seems few and far between these days.

Like Loading...
This entry was posted in Uncategorized and tagged 1990's, 1997, La Barranca, Mexican, One Random Single a Day. Bookmark the permalink.