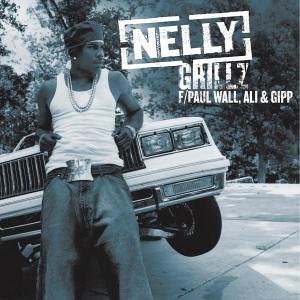 Ah… I honestly can’t think of a good enough introduction that would be fitting for… well, this song. So I’m just going to go ahead and jump right into it.

Actually, no. Even just jumping into it is pretty difficult. It’s difficult because we’re talking about a rapper who, although has faded into relative obscurity in recent years, is nonetheless currently being sued for sexual assault and defamation. It’s not exactly the best timing on the part of my randomizer… but I’ll go through with this one anyway. Nelly, apart from being a probably terrible excuse for a human being, is mostly known for his commercial success as a rapper. His debut album, 2000’s Country Grammar, granted him instant chart success; two years later, he would achieve his first two Hot 100 #1 singles back-to-back, “Hot in Herre” and “Dilemma”, both of which were also among the biggest songs of their corresponding year. He is most well-known for his multitude of top ten and top twenty singles strewn throughout the aughts.

Nonetheless, “Grillz” is the last number-one single from Nelly to date and his final top ten single until 2010’s “Just a Dream”. And with just one listen to this song, it’s clear that his clout had pretty much reached his end. The song pretty much dates itself instantly. In case you are somehow unaware of the fad that swept the nation in the mid-2000s (one of many, in fact), the “Grillz” of the song’s namesake are pieces of cosmetic jewelry worn on the teeth to create a somewhat chrome-like gleam effect. Adopted as a status symbol among rappers in the same way that flashy cars and watches have also become, grills are still being implemented by popular rappers such as Lil Yachty, but their prestige has certainly dwindled since their peak about thirteen years ago. And there certainly would be no reason for anyone of any significant prominence to write and record a whole damn song surrounding grills, expecting it to turn a buck.

Yet, that’s exactly what Nelly & co. did here… and it was pretty successful. While I was still a bit too young to listen to music as critically as I do now, I do remember this particular track being everywhere (as well as its music video which, looking back now, is so bland and generic). And I’m serious when I say that these dental apparatuses are the centerpiece here – “Grillz” is written in a typical brag-rap style, but practically every line here has little to do with the person and more to do with their grills. But as I stated before, grills are a status symbol; thus, a line like “Rob a jewelry store and tell ’em ‘make me a grill'”, repeated throughout, emphasizes the gangster cred, prestige, and wealth that enables one to possess the flashiest, most expensive grill, which ultimately serves nothing more than a cosmetic purpose.

And yes, pretty much every line here is dedicated to grills. Some of these are a bit fun and clever, such as “If I could call it a drink, call it a smile on the rocks” and “Open up my mouth and you see more carrots than a salad”, from Nelly and Paul Wall respectively. Others aren’t quite so hot; I internally cringe every time Ali remarks he’s got “a bill in my mouth like Hillary Rodham”, and Paul Wall’s line, “Call me George Foreman ’cause I’m sellin’ everybody grills” is just corny. Frankly, this whole thing is just corny as hell – but I guess there are only so many ways you could stretch the concept of making a simple little piece of jewelry sound cool.

But ultimately, it’s clear that this song serves little purpose but to capitalize off of the hot trend of the day, one of particular relevance to Southern rappers. This also comes right around the tail end of the crunk phase, so the song also includes a few elements of Southern hip-hop from the 2000s, such as an overblown bass, horn riffs, and a minimalist twinkling rhythm. The end result, though, just sounds cheap and sparsely mashed together to create something catchy in the most shallow sort of way. Not even the chorus (generally the selling point in radio singles) really sticks very well, though I do believe the female singer at its center would be pretty good if given something of more redeeming substance. This song pretty much just represents the most inane qualities of pop music from the first ten years of new millennium – the kind of forgettable radio fluff that somehow gets popular enough to make it all the way to the top, if briefly.

Like Loading...
This entry was posted in Uncategorized and tagged 2005, Ali and Gipp, Every Hot 100 Number One, Nelly, Paul Wall. Bookmark the permalink.