I’m gonna try to do a little series here on this site during the days leading up to the Academy Awards. It’s Oscar Thoughts! And it’s exactly what it sounds like. For most of every year post-Oscars, I take it upon myself to push the mere thought of the awards ceremony out of my brain. It stopped feeling glamorous and important to me a long time ago, especially since the committee and general public are all too willing to grant nominations and awards to a formulaic, predictable crop of filmmakers, actors, and producers year after year. I won’t deny it, though: every year, the very day after the nominations are announced to the world, I suddenly become fascinated and invested in them. I’ve made a list every year on my Letterboxd account of every film nominated for any award and challenge myself to watch as many as possible. I engage in debates over whether or not certain nominations were “deserved” and who I think “should” win. And especially in the case of Best Documentary Feature, Best Foreign Language Film, and the nominated shorts (live action and animated), I often discover some favorites toward which I wouldn’t have otherwise given a second glance.

I’m aware that much of the Oscar race is all pretty pathetic and silly, much of it based on politics and hardly ever honoring the truly important, ground-breaking works that get pushed under the rug by the Academy year after year. Nonetheless, it’s as fun of a game to play as any other, for me at least. It helps that in recent years the contextualization of the #OscarsSoWhite and #MeToo movements have made discussion surrounding the always-problematic event all the more important and timely. So, I’ve decided to move some of this conversation onto my site, wherein I discuss some of my opinions on those that are nominated and the films on which they’ve worked. I will try to write about as many categories as possible, although I will say now that I will not get around to every one. Although I try to watch as many of these films as I can, there are always at least a handful that just don’t interest me at all, and writing about the nominees involved when I haven’t watched the film just seems disingenuous. Also, I still don’t completely know the difference between sound editing and sound mixing…*

Anyway, there are already a few categories from which I’ve already seen every film nominated, so I decided to start with the Best Actress list. Because, ladies – yay! 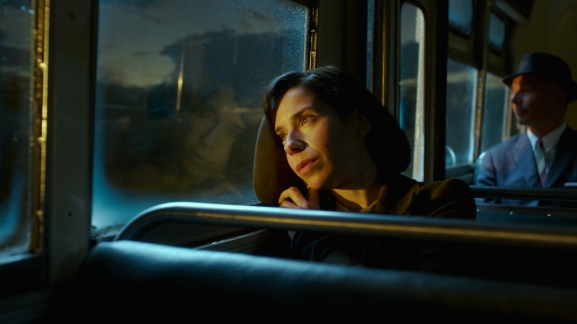 Sally Hawkins in The Shape of Water as Elisa Esposito

I have been a pretty big fan of Sally Hawkins for quite a while now, mainly due to her performances in a few of Mike Leigh’s films. It’s clear that the outpouring of praise she’s gotten in this film specifically is due to her playing a women who is mute and, thus, giving off an almost completely non-verbal performance. Although the argument remains that an actual disabled person would be more preferable for this role, Hawkins has already demonstrated that she could express more in mere gestures and facial expressions than most actors could convey in a thousand words (see: Happy-Go-Lucky). She is absolutely charming here, if underwritten, and plays her role with such warmth and simplicity. I loved watching her sign “fuck you” to Michael Shannon and (spoilers!) the sole scene where she does speak is one of my favorite movie moments of the year. 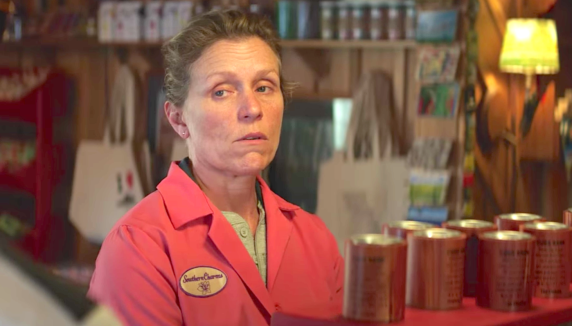 It’s a bit hard to talk about Frances McDormand’s performance in Three Billboards without discussing what I thought about the film itself, but I’ll save my opinions on that for my Best Picture discussion. Above all else, though, McDormand is the heart and soul of this film. She is the crystal-clear representation of a mother’s anger at its rawest, most vengeful form. The actions of her character are often questionable, sometimes even reprehensible, but I wasn’t unconvinced for a single moment of her undeniable impact on the film’s foreground. As muddled as the narrative undeniably is (okay, that’s all I’m saying for now!), Mildred’s actions and vulgar outbursts are as definitive as hell. She demands sympathy, and sympathy is definitely what is felt with her inexplicably painful trials in dealing with the death of her daughter. Yet another powerhouse performance from a repeatedly great actress. 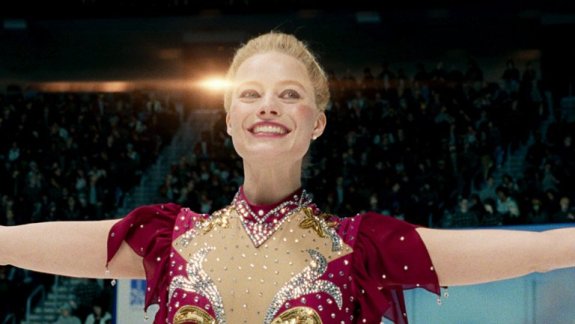 Margot Robbie in I, Tonya as Tonya Harding

This is the year where Margot Robbie officially becomes a household name – she is no longer just the occasional performer who pops up here and there and is now a Big Deal. I have been following her career ever since I first noticed her electric presence in Wolf of Wall Street and I can honestly state that this is her most realized performance to date. By dressing down and touching upon Harding’s lower-class routes, Robbie helped to craft a sympathetic edge to Harding that the media often flat-out refused. If her performance has even a lick of genuinity to it, it’s clear that Harding loved her sport and didn’t deserve a fraction of what was to become of her. This is the closest to a comedic performance we have among these nominations – while Robbie plays up these larger-than-life aspects, she brings a sufficient amount of humanity to the table as well. 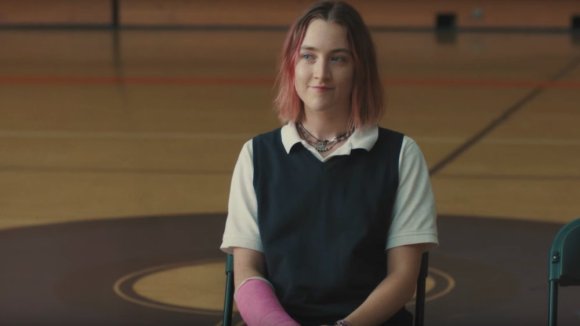 Susie Salmon from The Lovely Bones has certainly come a long way, hasn’t she? In all seriousness, though, Saoirse Ronan’s performance in Greta Gerwig’s solo directorial debut is charming and charismatic in ways that I can’t even effectively describe. Every moment of this film was remarkable and lovely, and I’m pretty positive that a good chunk of the reasoning had to do with her and her alone. I felt so unshakably connected to her portrayal as Lady Bird‘s titular character, a girl right at the brink of adulthood (but only technically) whose navigation through typical teen girl things is amazingly honest, sometimes painfully so. I always say that we need more coming-of-age films for girls, with performances by girls or young women who can properly do justice to the material. Ronan is a tremendous example of such – there are no bells and whistles to her performance, but the naked simplicity is all that’s really needed to win me over nonetheless. I am so happy to watch her come such a long way, and I really needed Lady Bird as a friend in high school.

And now for the obligatory Meryl Streep nomination! Jokes aside, I really do admire Streep’s stamina and longevity in the Hollywood system where women over forty are often ignored, even if I don’t care much for her as an actress. As for The Post, her role is pretty much what I would expect from a Meryl Streep performance – it’s fine. She says her lines and conveys the proper emotions effectively and at least with a small veneer of honesty. It’s what she’s good at. I’ll give more insight on what I think of this film later, but I do think that the mechanical nature of the script really bogs down what could have been a truly interesting angle of her character. Kay Graham is often cited as one of the most influential women in journalism, but here it doesn’t seem like her character does much except merely exist in the backdrop, nothing more. The choice of nominating Streep seems, once again, more standard protocol than anything else. It’s just what you do.

In each category of these awards shows, generally, my opinion of who I think should win rarely lines up with those whom Oscar voters tend to gravitate toward. The Best Actress lineup, though, remains an exception. The two actresses who I think have the best chance at winning are Frances McDormand and Saoirse Ronan – both of whom are at a very close tie for me personally! The tie is broken, though, with Ronan’s warmth and charisma she emits so effectively in Lady Bird, the likes of which I think we need so much more in movies. This is Ronan’s third Oscar nomination and this would be her first win, which is certainly a big deal for a rising star as herself. On the other hand, it’s been twenty years since McDormand has won for Fargo, so one could also say that she herself is “due” for a win. I’m sure excited to find out!

* (This is not a request to explain to me the difference between sound editing and sound mixing. Just… don’t do it. I don’t care.)

Like Loading...
This entry was posted in Uncategorized and tagged 2017, I Tonya, Lady Bird, Oscar Thoughts, The Post, The Shape of Water, Three Billboards Outside Ebbing Missouri. Bookmark the permalink.