And now here’s another category I enjoy, as well as one that I find to be pretty underrated in general – Best Documentary Feature! Every year I try to watch every film nominated in this category, but usually end up blowing off at least one or two of them, sometimes due to lack of time but usually for lack of interest. Nonetheless, it tends to be a pretty fascinating category due to how it’s consistently the most politically-charged of them all. Additionally, it also seems to be one of the only non-acting categories that consistently nominates women! (At least since the 90s) This year, I bit the bullet and watched all the nominated features in one fell swoop. Read what I think of ’em below!

We played this film at the movie theater I work at, but I never managed to watch it while we had it. Having finally gotten around to it recently, I kind of wish I did. Abacus centers around a family-owned bank located in New York’s Chinatown that became the only financial institution to face criminal charges after the subprime mortgage crisis of the late 2000s. It is a PBS presentation and follows many of the typical beats and pacing one would expect from an education program of this type. Nonetheless, its strengths mainly lie in its cultural awareness, as the film focuses more on the trauma and stress faced by the family at the center of the bank and how deeply this predicament cuts with Chinese communities as a whole. The subject matter is stuffy, but director Steve James’s skillful hand at crafting compelling documentaries help to make it shine.

I adored this one!! Just when I thought I couldn’t love Agnès Varda any more, Faces Places comes along and ensures that there’s much more fun to be had with this legendary filmmaker than I realized. Trekking across numerous rural areas of France through the course of this film, Varda and photographer/artist JR took a whole bunch of photographs, talked to the subjects about their lives, and had some adventures of their own. It’s just a perfect balance of humor, artistic integrity, and emotional resonance, so much of this due to Varda and JR’s delectable chemistry, the lovely art they make, and the wonderful folks they meet along the way. This is probably the single more effortlessly charming film I’ve seen all year, and I’d watch it ten more times if I could.

Of the five nominees in this category this year, this one is easily my least favorite. It starts off as documentarian Bryan Fogel’s experimentation with doping to win a cycling race, quickly meandering into a head-first exploration of the 2016 doping scandal in Russia. It reminded me of the 2012 documentary The Queen of Versailles, in the sense that this film also initially set out with a set goal in mind, only for the narrative to take on an entirely different direction due to climate-changing events beyond their control. The way that the film organically transitions from one event to the next is truly fascinating in ways that usually make for great documentary filmmaking. I guess I wasn’t a fan with how stylized and bloated this one was, which contradicts its overall message of digging for truth by way of intense investigative journalism. In any case, though, it’s still worth a watch.

This year, filmmakers Feras Fayyad and Kareem Abeed have made history by accomplishing the first ever Oscar-nominated film created by a Syrian team, and that alone is something to admire. I never got around to The White Helmets, the award-winning short from last year, but all sources tell me that this is essentially a long, more detailed version of that film. Filled to the brim with raw, often jarring imagery of the death and destruction that has become the daily lives of many Syrian civilians, Last Men in Aleppo follows the unarmed volunteers who try to save as many lives as possible. The camerawork is absolutely incredible, capturing the unspeakably devastating portraits of these circumstances with such unpolished realism. It’s chaotic and emotional, and while I can’t help but feel that its nomination was purely off the basis of The White Helmets‘ clout, it’s well-deserved regardless. 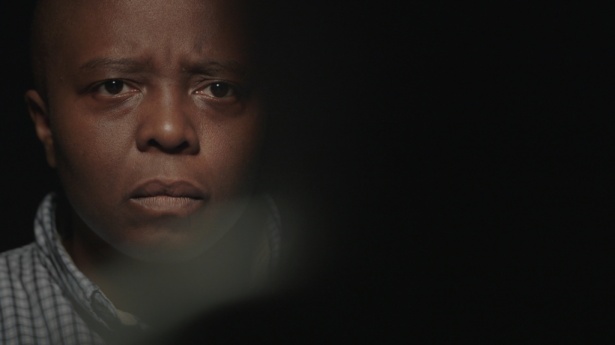 I couldn’t even begin to imagine how I could cope with the murder of a loved one, much less one wherein their killer received no consequence. However, filmmaker Yance Ford has felt this and Strong Island is his examination, twenty-two years later, of what went wrong and how he and his family are still learning to cope. This is one of those documentaries, like Dear Zachary for example, that feels very much like it was meant more of a extremely personal catharsis rather than anything meant for a wider audience. The emotional display is laid out like a tattered tapestry, yet still manages to put forth a harsh interrogation of how racial prejudice intersects with the judicial system, and how William Ford’s fate is but one in a sea of stories. It’s truly resonating, and certain imagery from the film still haven’t left my mind to this day.

My favorite of this bunch is a very close tie between Faces Places and Strong Island, both for very different reasons. So if either of those were to go on to win the Oscar, I would be very pleased – although if Yance Ford were to win for Strong Island, he would be the very first trans Oscar winner, which would be huge! Still, my love for Agnès Varda still stands strong, and I would love for her to finally snag that award for herself as well. I think she has the best chance at actually winning, although the door is also open to Last Men in Aleppo thanks to The White Helmets‘ win last year (as well as its win at the Sundance festival). The Academy tends to gobble up the most culturally relevant features for this award and few things were more relevant in 2017 than the civil war in Syria. Nonetheless, they seem to be diverting from this trend a bit in recent years, so we’ll just have to wait and find out!